We here at Dating Pro`s experts team will gladly help you create a dating website or app in a similar niche. Contact us to receive a free estimate!
Chat with us

What started as a Facebook application in December of 2007 has become one of the largest online dating services the Web has ever seen. Zoosk stands out from the competition by being heavily integrated with social networking sites and smart phones, allowing members to seamlessly connect across multiple platforms. This means that more than 50 million Zoosk members, called Zooskers, across more than 70 countries can meet using the Internet, their mobile phones, Facebook, and other popular services

Although Zoosk certainly isn’t the oldest dating site on the scene, it rapidly became one of the most popular. A quick look at the stats says everything you need to know about why Zoosk is an industry leader. The site is available in 25 languages and has subscribers all around the world. It ranks number two in average monthly US traffic data, second only to Match.com.

Zoosk was also one of Facebook`s first applications, debuting just weeks after the launch of Facebook Platform/API on May 24, 2007. Zoosk is now the largest dating application on Facebook, with more than 5 million users on a monthly basis, and the Zoosk Facebook page has more than 12.4 million Likes. More than 70% of Zoosk users opt in and connect their Facebook accounts.

On the mobile front, Zoosk is consistently the number one dating app in the iOS App Store in the US. Zoosk is also the most downloaded dating application for Android phones, according to Google Play. 30% of Zoosk members access their accounts via mobile platforms. The combination of a mobile-centric design and Zoosk’s trademarked Behavioral Matchmaking engine has created a powerful formula that daters can`t resist.

What is Behavioral Matchmaking? Zoosk`s advanced matchmaking technology learns users` preferences as they interact with potential matches, models their behavior, and uses the info it gathers to continuously improve subsequent suggestions. This results in better matches for singles on Zoosk. The Behavioral Matchmaking engine suggests potential matches through three discovery tools: 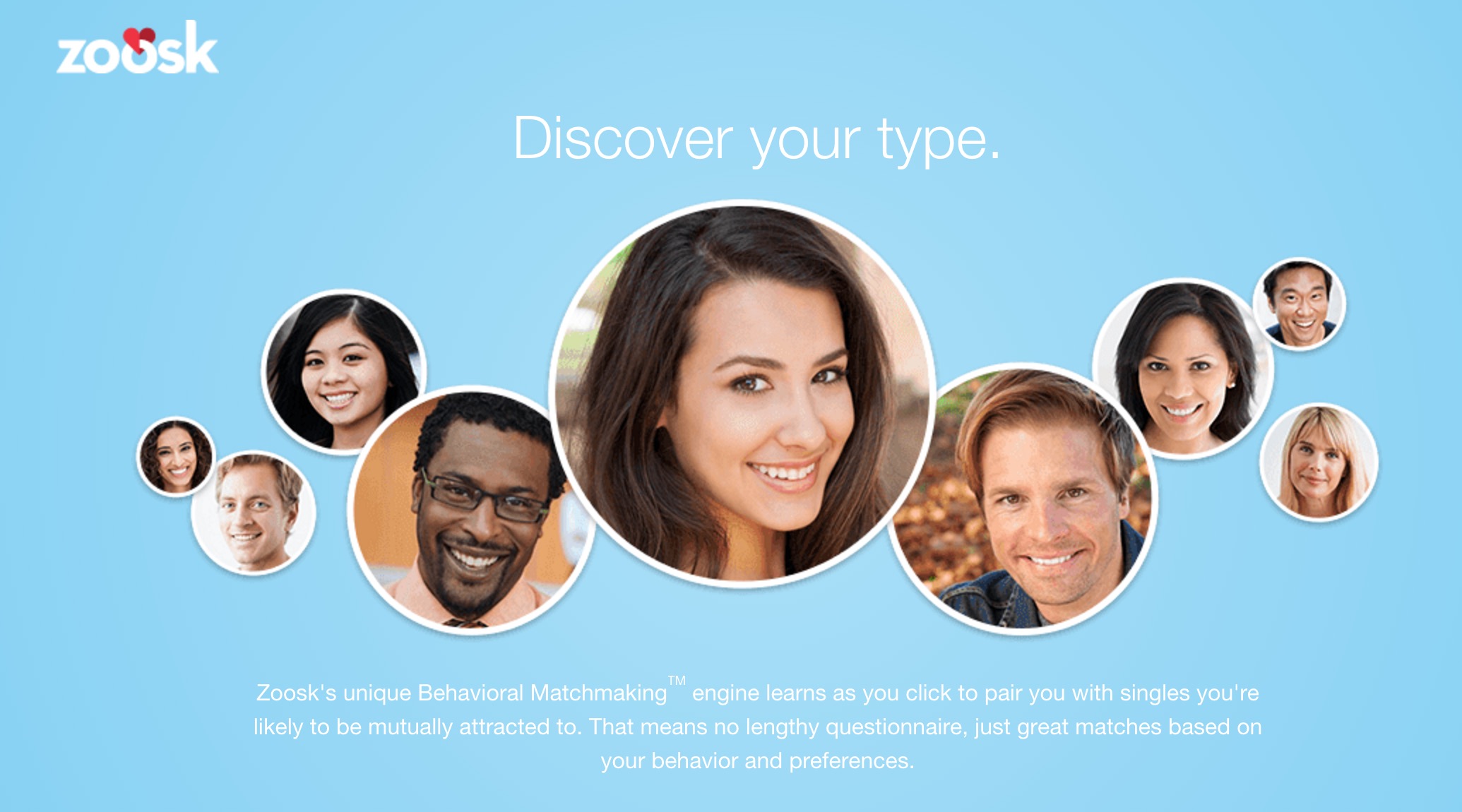 Of course, Behavioral Matchmaking isn’t the only thing that makes the Zoosk experience unique. Zoosk is also known for its gamification of the dating process. Zoosk members can use Coins, a virtual currency, to purchase various features on the site. Coins can be used to buy Gifts, arrange for a Special Delivery, receive Delivery Confirmation for email messages, and Boost your profile. Zooskers can also “play” Carousel, a rapid-fire round of profile pictures to which you must answer “Yes,” “No,” or “Maybe.” Coins are earned for positive responses.

New users can get started on Zoosk for free by signing in with their Facebook account or registering for Zoosk with their email address. Create a profile, search for singles, and send introductory winks and messages without paying a cent. To gain greater access to Zoosk, users can purchase a subscription. Benefits of being a paid subscriber include:full access to sending and receiving messages, finding out who viewed your profile, and full access to ZSMS features.

There is no shortage of praise for Zoosk’s integrated approach to modern dating. About.com’s 2011 Reader’s Choice Awards named Zoosk’s iPhone app a finalist in its Best Dating App competition. According to AppAppeal, in August 2012 Zoosk was the fifth most popular dating app in the world and the third in the US. And The Wall Street Journal ranked Zoosk #29 on its The Next Big Thing 2011 – The Top 50 Venture-Funded Companies list, up from the #42 spot the previous year. Clearly, Zoosk’s innovative approach to matchmaking has proven to be a powerful force in the dating world.