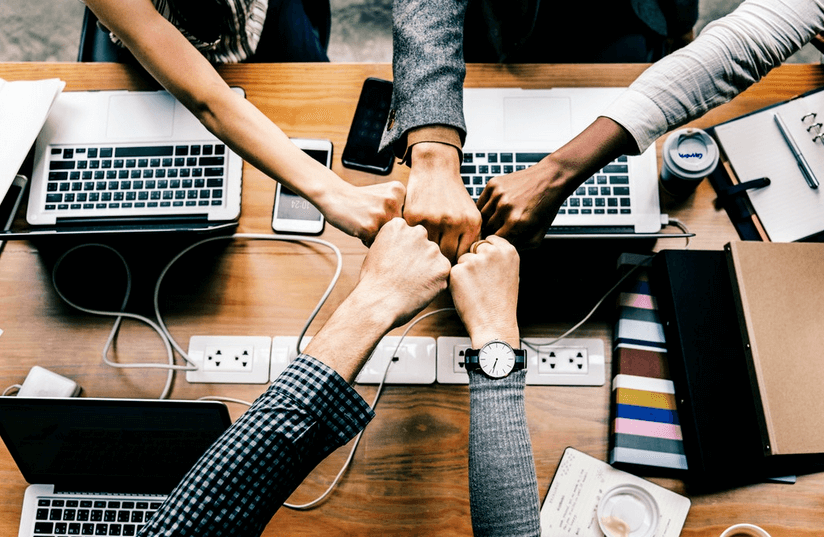 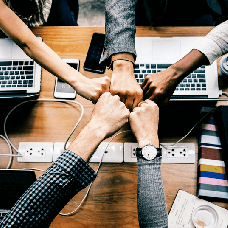 Dating Pro's experts team does more than add new features or tweak the design of your dating website. We can help you grow your income by launching marketing campaigns, running social media, creating special landing pages that sell, employing web analytics to increase the number of visitors, and improving the conversion rates. Contact us to receive a free estimate of your project!
Chat with us
Description

What techniques did today’s popular mobile dating apps use to get initial user traction and keep their user base growing? Let's say you want to develop a mobile dating startup. What’s the key to success in today’s overwhelmed dating app market?

Launched in 2012, Tinder acquired users by targeting a specific demographic and then relying on word-of-mouth. Three factors that shaped Tinder’s word-of-mouth promotion were:

-Presentations
-Launch parties
-The overall quality of the app

Tinder started off by targeting university students. They began on the University of Arizona campus, promoting the new dating app at local sororities and fraternities. Tinder’s CMO, Whitney Wolfe, first presented the app to girls. Once there were some potential dates signed up, she then presented the app to the guys. The app was also promoted in local bars and at various student events. There were also launch parties where having the app installed was an entry requirement.

The quality of the app itself played a crucial role in Tinder’s launch campaign. The app offered users a new, spam-free and stalker-free approach to online dating. But the real key to Tinder’s appeal was the ease of decision-making: the famous swipe feature has affected both the app’s virality and its ultimate success among users.

Since students live in highly socialized communities, the word about the cool new dating app — as well as word about parties Tinder had organized — spread around campuses and beyond. Throughout the first year, Tinder’s promotional efforts resulted in consistent growth, college-by-college. Overall, Tinder acquired 10,000 users by promoting the app on college campuses alone before shifting their focus from universities to cities. Many of dating startups struggled to achieve this level of popularity.

Hinge: Disruption of the existing market

Hinge started as an average dating website, but gained real traction after launching a completely rethought mobile version at the beginning of 2013. The new Hinge app let people find dates not only based on liked photos, but also based on Facebook information such as personal interests, photos, marital status, place of living and studying and mutual friends. Embracing Tinder’s swipe mechanics, Hinge positions itself as “Tinder for thinking people” and it allows it to compete with other online dating apps.

Hinge puts the idea of “social discovery” above regular “dates” and “hookups.” The app has spread by word-of-mouth among people who are tired of Tinder’s endless swipes and weird profiles.

With a fresh take on dating apps and backing from angel investors, Hinge launched in Washington, D.C. The launch party attracted massive attention. From there, they experienced city-by-city growth. By the end of 2014, Hinge was available in 28 cities across the USA and could claim 400 million daily swipes and 4 million daily matches.

Grindr: A niche app and a social influencer

Launched in 2009, Grindr was the first mainstream location-based gay dating app to launch in the App Store. The Grindr guys first promoted the app at gay bars. They also got some visibility on gay websites like Queerty.

But it was one social influencer who single-handedly set Grindr on the road to success.

In a 2009 episode of BBC’s Top Gear, Grindr was mentioned by the famous British actor Stephen Fry, one of the most influential gay celebrities. Overnight, Grindr’s user base increased by 50%, and within two years of the app’s release, it had grown by 1.65 million times. Grindr’s user base continues to grow with around 100,000 downloads per month. As of the beginning of 2016, the app has around two million daily active users.

Pure was created by two Russian entrepreneurs and first launched at the end of 2013. Keeping things simple, Pure’s messaging functionality boils down to specifying a time and a place for a date. You can even call an Uber taxi directly through the app. Pure is an on-demand dating app for sex-positive people.

Pure is best for those who want to get an instant offline date, not those looking for a long-term relationship. The app offers no profiles, no continuous message exchanges and almost full anonymity: users simply create a date request specifying time and location. If no one responds to the date request within an hour, then it’s erased.

To engage female users, Pure enrolled the sex-positive feminist writer Carol Queen as an advisor and a social influencer. Backed by investors, the app started with a private beta for a limited circle of iOS users. Before launch, the app had 100,000 people on its waiting list, and after the release of the Android version in July 2014, Pure added more than 1 million users within the following year. Pure generated ROI early on thanks to its subscription model. Subscription can be purchased on a weekly, monthly or six months basis at varying rates.

Her: Broadening the niche and going social

Her is probably the most popular dating app for lesbian and pansexual women. It’s a revamp of the lesbian dating app Dattch that was originally launched in 2014. After raising $1 million in funding, Dattch was relaunched as Her and the developers moved their headquarters from London to New York.

Rebranding was necessary when the startup decided to broaden the target audience from lesbians only to lesbians, bi-curious, queer (an umbrella term for all LGBT-community people) women, female-identified and non-binary people who look for relationships or friendship.

Her stands somewhere between dating apps and social networks: along with regular Tinder-like swipe it features friend lists, microblogs, comments, likes, and editorial content. The app already has a strong community, and with an Android version just announced it’s sure to grow more in the near future.

What do all these startups have in common?

Investors rarely take risks on dating startups since the majority of new dating apps are nothing but another “Tinder for X.” While the Tinder tactic may still work for some unexplored niches, the potential for Tinder copies to success is certainly diminishing over time. Many Tinder-like startups have failed, one after another, as customers realize they have nothing new to offer.

The apps featured in this article relied on various methods of growth hacking such as parties, presentations, and social influencers. Some launched with a dating website user base; others didn’t. The biggest selling point for each of these apps was a fresh, innovative idea at their core. For Tinder, it was the ease of decision-making. For Hinge, it was more promising dates. Grindr was first popular gay dating app, while Her evolved from a popular lesbian dating app into a full-scale social network for LGBT women. Pure guaranteed anonymity and instant one-time hookups.

Let’s see what components of these apps’ success you can apply to your own dating startup.

- Base your ideas on your specific audience, not the “market”

A unique and truly valuable idea for a dating app can emerge only when you consider what your audience is really looking for.

Think about how you can provide your userbase with value beyond matchmaking. Look at Her, for instance: the app has become a social platform that, among other things, encourages users to participate in LGBT community events.

Almost every app mentioned in this article relied on social influencers in their promo campaign. The most successful example is Grindr, which managed to accelerate their app downloads literally overnight with an endorsement from Stephen Fry. It’s possible to find an influencer within any demographic. Just keep in mind that influencers will only be willing to promote your product if it offers real value to their followers.

The dating app market is overcrowded. It can be disrupted only by entirely new ideas, not by more Tinders. Hopefully, these stories of five successful dating startups can inspire you to dream up the future of mobile dating.


GET NEW FEATURES FOR YOUR DATING SITE
Our experts will share ideas on how to better implement your ideas.Get a free quote within 1 business day.
Chat with us
100% ready professional dating site and mobile apps for business in 1 day, open code, with ready member profiles.Launch a profitable dating website with mobile apps with Dating Pro.GET STARTED for free